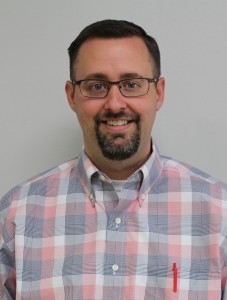 Patz will now oversee Credit & Collections as well as the Finance Department. Patz joined the van line in June 2013 as a staff accountant and was promoted to Finance Manager in January 2014.

“Kyle has been a tremendous asset to our team and will continue to play a vital role,” said Mark Kirschner, Wheaton CEO. “His oversight will allow our company to continue to have one of the best balance sheets in the industry.”

Kyle earned his bachelor’s degree from the University of Southern Indiana in Evansville, Ind. Kyle was selected as the Exceptional Employee for the second quarter of 2014.

Borden joined the van line in May 2012 as a National Account Claims Adjuster and transferred to Operations as a Dispatcher in March 2014. Borden will be taking the place of Laura Pung who will be assuming the position of Director of Claims, which was held by Kathy Kendall. Kendall will be retiring after 18 years at Wheaton World Wide Moving in May.

“I look forward to having Michelle back in the Claims Department as she has been a great contributor,” Pung said. “Her claims and operations experience will benefit customers, co-workers, agents and drivers.”