Wheaton World Wide Moving Recognizes May Drivers of the Month 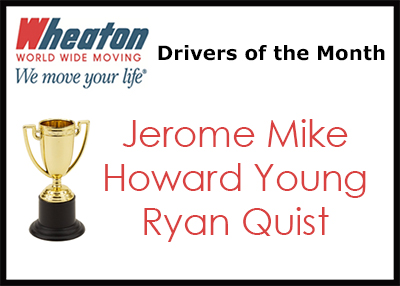 The following drivers have been selected as the May 2016 Drivers of the Month: