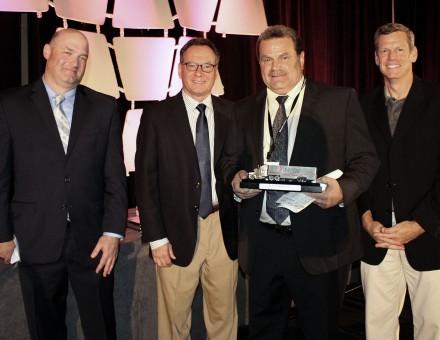 INDIANAPOLIS – Announced recently at its 62nd Annual Partnership Conference, five drivers were awarded top honors as Wheaton World Wide Moving Drivers of the Year. These awards are given to individuals who earned the Driver of the Month award from September 2015 through August 2016 and who consistently provide superior service to Wheaton’s customers. By their excellent records in claims, customer service and safety, these drivers are among the best in the van lines’ fleet.

Direct Lease Fleet Driver – Jim Funkhouser
Funkhouser has been with the van line for more than 18 years, and consistently receives high remarks from his customers. He earned Direct Lease Driver of the Month in September 2015. While not on the road, Funkhouser enjoys writing for the monthly driver newsletter, and is a self-published author of a book called We Were the Zonks. Funkhouser and his wife have 10 children and reside in Elberfeld, Ind. 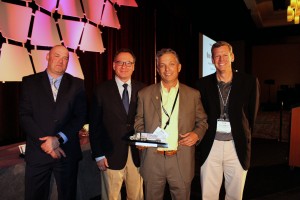 Wheaton Permanent Fleet Driver – Bob Krumpols
Bob was first qualified as a driver for Wheaton in May 2000 and has 31 years of experience in household goods. Bob drives for and co-owns with his wife, Lori, Preferred Movers of TN in Crossville, Tenn. and Preferred Movers of Nashville in Nashville, Tenn. He was previously awarded Wheaton’s Driver of the Year in 2014 and is a former recipient of the Super Van Operator award from the American Moving & Storage Association.

Wheaton Intermittent Fleet Driver – Bill Genshino
Genshino is a five-time driver of the month, most recently earning the honor in July this year. Despite being with the van line less than two years, Genshino has made a positive impact with his customers. Genshino drives for Mather Brothers Moving Company in Garner, N.C., and resides with his wife, Kathy, in Florida.