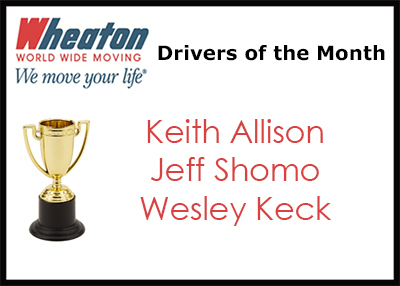 The following drivers have been selected as the June 2017 Drivers of the Month:

Direct Lease Driver of the Month, Keith Allison, Ridgeland, Miss., has more than 21 years of experience as a professional household goods mover. Keith has a great driver rating. This is his sixth Driver of the Month award with the van line. Keith was also selected as Driver of the Year in 2006 and 2011.