Giving Back to a ‘Special’ Cause: The Special Olympics 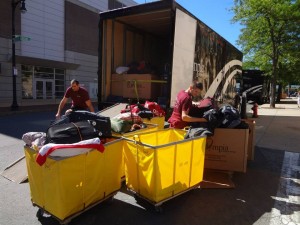 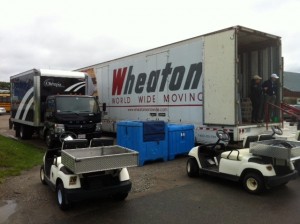 Searching for a cause

Olympia Moving & Storage had been on the lookout for a charitable organization to partner with for a while.  Despite being a co-sponsor for a furniture drive in the fall months, completing moves for non-profits and charity events throughout the year, and participating in the Walk to End Alzheimer’s,  Olympia was still looking for something more.

According to Olympia’s Marketing Manager Rachael Fischer, “Olympia has been fortunate enough to experience a lot of recent company growth, and we were ready to make a big commitment to giving back to the community.  When we met with the team at Special Olympics Massachusetts, we knew right away that it would be a great fit.”

Special Olympics and The Games

Olympia partnered with Special Olympics Massachusetts just in time to help out with their biggest event of the year: The Summer Games.  Olympia did anything and everything leading up to the games to ensure that they went as smoothly as possible.  They picked up equipment and supplies from vendors, moved athletes into and out of their dorms at Boston University and had trucks and crews at Special Olympics’ disposal all weekend to help move equipment between venues. 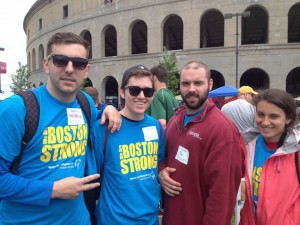 Olympia’s office staff also got involved in the cause.  Each staff member pitched in by leaving their desk on Friday afternoon to help with the athlete’s move-in. Many also gave up their Saturday or Sunday to volunteer at the Track and Field events at the Games.

According to Fischer, the whole experience of working the Summer Games was a highlight, but the best part was being able to interact with the athletes.  “It’s great to see how happy they are to finish their race, hear people cheering for them, or getting a high-five,” she said.

In addition, many of the Special Olympics staff and coaches are volunteers, so having additional help through Olympia Moving & Storage lightened the load for many of the hard-working volunteers.

Olympia’s partnership with Special Olympics Massachusetts is just beginning! Through donations both by Olympia and their customers, opportunities to assist with logistics for events throughout the year, and plans to expand the partnership to their Alexandria, Virginia branch, it’s safe to say that the best is yet to come.

Find out how to get involved with your own local Special Olympics branch, learn more about Olympia’s partnership, or donate.

Tagged in: Giving Back