Sunday Sit-down: Could You Run a Marathon? 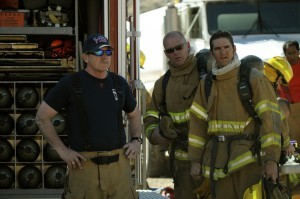 There aren’t many people in the world who can get excited about running 26.2 miles in succession.  Those that can, the world’s extreme runners and athletes, are in a group all their own.  They relish in the knowledge that they 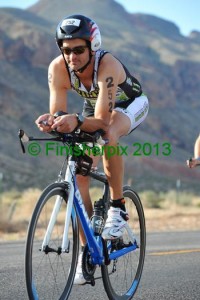 will push their bodies just about as far as they can go, fully aware that as soon as they finish one challenge, they’ll be back for more.

Jake Green is one of these people.  He runs 50 miles, swims a mile and a half and bikes between 30 to 50 miles every week. When he’s training for a marathon or other athletic competition, he says he will do even more.  What’s normal for Green seems unfathomable to most people, but he says he wasn’t always this way.

If you knew Jake Green five years ago, you would have no idea that he was a runner or extreme athlete, and that’s because he wasn’t.  It wasn’t until four years ago that Green even became a runner, completing his first marathon in the same year that he began running habitually. “I watched a lot of marathons before I started running them. I even worked at several marathon finish lines and always thought was something I could do. I saw some of the people who completed marathons, and I knew if they could do it, then I could too,” Green said. 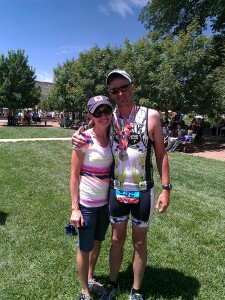 This realization was the catalyst to what is now a defining characteristic of Green’s life.  In the past four years, he’s run six marathons. Most years he only runs one, but last year he ran three in an attempt to qualify for the famous Boston Marathon.  He missed the cut-off qualification by only four minutes, but he persists that this is his year to qualify.  He has two marathons scheduled in the next few months, one in November and one in May, and it’s his goal to have a fast enough finish time to run in Boston.

Jake Green isn’t only a marathon runner.  He’s also a volunteer firefighter and a certified EMT.  He completes weekly fire-training sessions to stay up-to-date on new protocols.  “As a volunteer firefighter, we learn by being hands-on.  We have fire trailers that simulate a burning house,” Green explains.  “It’s real training.”  When asked what ignited his interest in becoming a fire fighter he says, “It’s one of those childhood dreams that most people don’t get to do. The chance came up so I took it.”

There’s no doubt that Jake Green has a knack for athletics and a passion for serving others.  It’s his inner motivation that has prompted him to continue. “I just like to better myself. I like the competition against myself. I couldn’t care less if someone runs faster than me. If I can improve my race, I like that.”