It’s time to celebrate and you don’t have to be in New Orleans to partake in the festivities.  While Mardi Gras is a great excuse to host a party, there is a significant history behind these masks. So grab your snacks and don’t forget to share the meaning behind this great celebration.

The origin of Mardi Gras traces back to March 2, 1699 when Jean Baptiste Le Moyne Sieur de Bienville, a French-Canadian explorer, declared a portion of land south of New Orleans to be, “Pointe du Mardi Gras.”  After arriving, the explorers realized it was the eve of a holiday celebrated back home, and therefore, decided to hold a celebration.

In 1702 Bienville also established, “Fort Louis de la Louisiane,” which is now the city of Mobile, AL. America began celebrating what would become a longstanding tradition called  Mardi Gras the following year in 1703.

A secret society known as the Boeuf Gras Society started the traditional parades. It wasn’t until the 1730s that the holiday was publicly celebrated by the people of New Orleans. It began with an elegant ball which set the stage for the New Orleans Mardi Gras balls held today.

Why are masks worn? 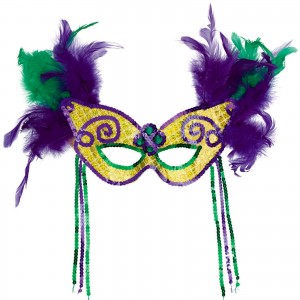 It  is required that anyone on the floats must wear masks. It is encouraged that others participate in the mask wearing as the exstravagant masks add a great deal to the festivity! 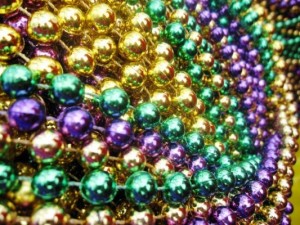 So you may be decked in your purple, green and gold – but do you know what the colors stand for? Knowing the meaning behind the colors can add to the fun. Purple represents justice, green for faith, and gold for power. These colors also had a great influence on school colors for Louisiana State University and Tulane University. The official colors of Mardi Gras were chosen in 1872 and selected in honor of Russian Grand Duke, Alexandrovich Romanoff, who chose this same color scheme for his own home.  Rock these colors with a whole new meaning! 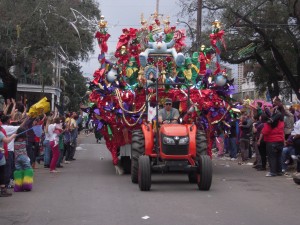 “The good man is the friend of all living things.”Gandhi Moving can have a large footprint on the environment, so we strive to do it as sustai...

The Importance of Moving Truck Drivers

Truck drivers are the backbone of America’s supply chain. Every year 3.5 million truck drivers move 70% of the freight that crosses our country. Th...