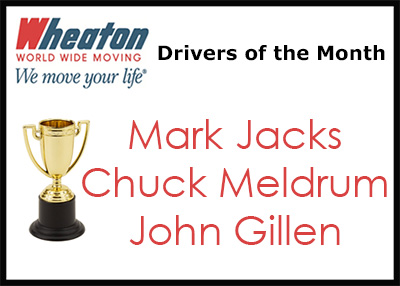 The following drivers have been selected as the March 2016 Drivers of the Month:

Live Green. Move Green.
“The good man is the friend of all living things.”Gandhi Moving can have a large footprint on the environment, so we strive to do it as sustai...

The Importance of Moving Truck Drivers
Truck drivers are the backbone of America’s supply chain. Every year 3.5 million truck drivers move 70% of the freight that crosses our country. Th...
This page requires JavaScript to work correctly. Please enable JavaScript and then refresh this page to proceed.