Drivers of the Month Selected for September 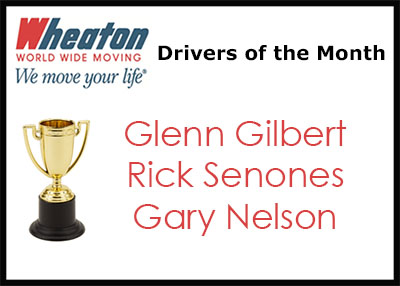 The following drivers have been selected as the September 2016 Drivers of the Month:

Direct Lease Driver of the Month, Glenn Gilbert, Albuquerque, N.M., has more than 31 years of experience as a professional household goods mover. He maintains a top driver rating with a near perfect score in customer service. This is Glenn’s first Driver of the Month award with the van line.