Henry, Wood and Sickels selected as April Drivers of the Month 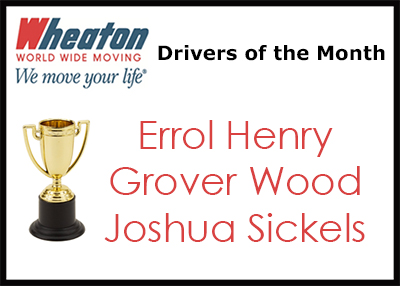 The following drivers have been selected as the April 2017 Drivers of the Month:

Direct Lease Driver of the Month, Errol Henry, Moreno Valley, Calif., has more than 36 years of experience as a professional household goods mover. Errol has a great driver rating and this is his third Driver of the Month award with the van line.