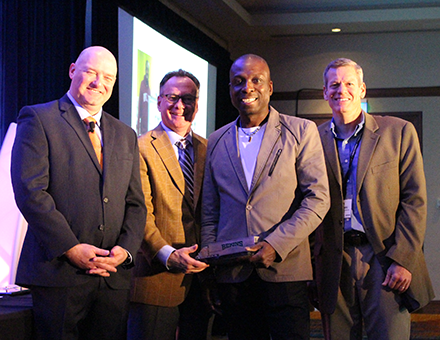 INDIANAPOLIS – Announced recently at its 63rd Annual Partnership Conference, five drivers were awarded top honors as Wheaton World Wide Moving 2017 Drivers of the Year. These awards are given to individuals who earned the Driver of the Month award from September 2016 through August 2017 and who consistently provide superior service to Wheaton customers. By their excellent records in claims, customer service and safety, these drivers are among the best in the van lines’ fleet.

Robert Stenborg, Coast Valley Moving & Storage, Inc., San Clement, Calif., earned Wheaton’s Permanent Fleet Driver of the Month award in December 2016. Robert has more than 16 years of experience as a professional mover and has been Driver of the Month twice.

Quality Assurance: Get Peace of Mind With Wheaton World Wide Moving
You want a moving company you can trust. We offer a full range of moving services, resources and protections to assure the quality of your move at eve...