5 Reasons to Brag About Northern Florida in Your New City 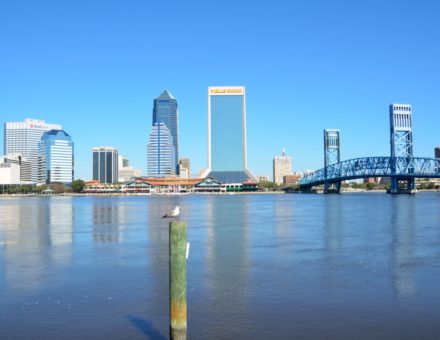 Anytime you move, you meet new people, and they’re often curious about the place you came from. You instantly become a spokesperson for your most recent residence— so talk about more than the typical climate and the well-known landmarks. When you move away from Northern Florida, make sure to point out these high points of the region.

1. It Has Florida’s Oldest Tourist Attraction

Other areas of Florida, notably Orlando and Miami, may be better known as tourist destinations, but Northern Florida attracts its share of visitors as well. The oldest tourist attraction in the state can be found in Silver Springs, Florida. These natural artesian wells became a nationally designated landmark in 1971, but the tourists started visiting shortly after the end of the Civil War.

2. It Contains the Largest City in the United States

The northeast corner of Florida holds Jacksonville. At 840 square miles, it covers more area than any other single city in any US state. Jacksonville has some fascinating stories in its history and unique landmarks in its geography. A few points of interest include:

This city, named for President Andrew Jackson, deserves to be one of the most well-known Florida metro areas.

If you have any interest in flight, you know the Blue Angels. This division of the US Navy actually includes pilots from both the Navy and the Marines. The pilots regularly perform shows across the country to demonstrate advanced aerial maneuvers. More than 11 million people watch them perform feats of flight every year in more than 70 annual public demonstrations.

The home base of the Blue Angels is in Pensacola, Florida, a city in the state’s westernmost county. When they aren’t at air shows, Blue Angel pilots practice in Pensacola from March to November. Interestingly, the name “Blue Angels” doesn’t have military origins. A pilot actually got it from a New York City nightclub he read about in The New Yorker.

4. The State Capitol Gets Hot (And Sometimes Cold)

People think of Florida as one of the warmest US states, and Tallahassee, the state capitol, lives up to that reputation most of the time. Summer days sometimes reach triple-digit temperatures. But Tallahassee isn’t exactly a stranger to cold either. It’s the only city in Florida to have a negative temperature on record. It reached -2 degrees Fahrenheit on the day before Valentine’s in 1899.

Of course, the temperatures aren’t the only things that set Tallahassee apart from the rest of the state. Both Florida State University and Florida A&M University are based here. The top floor of the capitol building features beautiful views of the entire city, and the public is welcome to visit and take in the view.

Even car enthusiasts and history buffs can find something to love in Tallahassee. The Tallahassee Automobile and Collectibles Museum holds not just one but two feature film Batmobiles-the versions from “Batman Returns” and “Batman Forever.” The museum also displays Abraham Lincoln’s horse-drawn hearse.

The peninsula shape of Florida means that every region of the state has miles of coastline, and Northern Florida alone borders more than 200 miles of salt water in the Atlantic Ocean and the Gulf of Mexico. Be sure to brag about these beaches to your new friends:

This sample list proves that Northern Florida’s beaches have something to offer everyone-sunbathers and adventure-seekers alike.

As you prepare for a move away from Northern Florida, think back on all the great experiences you had in the area. Hopefully, this list jogged your memory and will help you solidify your memories of your time here. Remember to call Wheaton World Wide for help with your move!

How to Adjust to Becoming an Empty Nester
When your kids are young, they fill your life with activities, tough conversations, laughter and infinitely more. From driving them to soccer practic...

New Year’s Goals for Someone Who Just Moved
If you recently moved, you’re likely feeling the natural tendency to start fresh, and what better way to keep that momentum going than with some Ne...
This page requires JavaScript to work correctly. Please enable JavaScript and then refresh this page to proceed.