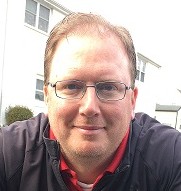 Dave has been with Delaware Moving & Storage for 30 years. He started with the agency while in college as a packer, mover and warehouse helper. In 1994, Dave was promoted to dispatcher where he worked for 10 years. Dave was promoted again in 2004 due to his outgoing personality and moving knowledge to his current position as a Relocation Specialist.

When Dave is not giving potential customers estimates or at his children’s sporting events, he enjoys golfing, hunting, baseball, basketball, volleyball and fantasy football.